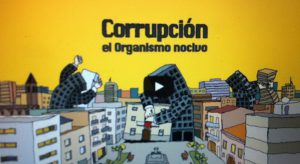 If you, like me, have watched the movie ‘The Nile Hilton Incident’ by director Tarik Saleh, you undergo two emotions.

The movie is about a totally corrupt Egypt. The protagonist is a corrupt police officer who investigates the murder of a nightclub singer in the Hilton Hotel in Cairo. The detective and his colleagues take a number of bribes from market purchasers, shopkeepers and bar owners. Whenever he finds money while arresting someone, the money disappears in his pockets directly and without any shame. All levels of policework are only about dividing the profit. However, the murder becomes a political charge when it is discovered that the murderer is probably a very rich businessman and friend of the president. The detective is confused and wants to find the true guilty person. The case and the corruption are scaled up to the highest governmental level and more murders and intimidation follow. Now, he also is in danger. After the next murder he tells his boss: “I’m sick of this, I can’t stand it anymore!.” This is all in vain, he is forced to join in this absurd reality.

At that moment my first emotion arises. I immediately stop working on good governance and integrity. It’s senseless; in these countries improvement is impossible.

However, the Arab Spring forms the background of the movie. The big demonstrations at the Tahrir Place and surrounding streets literally flood the detective and his boss. By executive order police officers shoot at the protestors. They shout ‘Mubarak, murderer’ and demand justice. This word is also used by a superior of the detective, when saying: “Stop investigating this case; in this country justice doesn’t exist.“

The faces of the protesters are impressive; men, women, with and without headscarf, and many youngsters. They embody the anger about the hidden side of power, poverty, the disastrous effects of corruption and arbitrariness and their deep wish for improvement.

Now the second emotion rises. The continuation of the combat against corruption is needed. However we really need all (international) power and influence, as well as a long breathe. Precisely to see and to support all individual persons who are struggling with their moral compass.