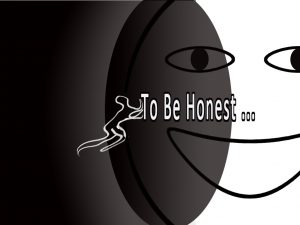 In between all the news about American populism and the fake news that confuses us, the messages from Romania are hopeful. The big demonstrations recently in Bucharest to keep prosecuting serious corruption are successful. Within the government there are real problems and the arbitrary measure not to prosecute corruption up to € 44.000 has been withdrawn. The fury of the population is partly due to the work of the anti-corruption authority DNA. The authority is feared because its prosecutors brought 2450 people from politics, civil service and business to court during the last two years. 90% of cases ended in a conviction.

Working disciplined and hard is important for reaching sustainable results in encouraging good governance. Corruption has a relationship with popularity and condone. So was re-elected easily, a mayor of a Romanian city who campaigned from the cell. ‘Well’, said a 58-year-old citizen, ‘in his place I would probably also put my finger in the honey pot’. People unconditionally loved the mayor because he kept the city clean and made it famous. That he also caused a € 30 million debt for the city is less known. The mayor is preparing himself for the trial. However, he doesn’t trust the system anymore and wants to leave his country.

Since 1989 -when the people demonstrated successfully against dictator Ceausescu – the European Union (EU) supported the country to build the Rule of Law. The EU monitored and threatened with sanctions when civic delegations went to Brussels to warn about corruption. The protesting citizens in February made their demand for the Rule of Law clear.

The example of Romania teaches us that besides perseverance also a good organization is needed as well as strong leaders of anti-corruption  agencies. At the same time involvement from society keeps the pressure on the boiler. Romania shows that domestic cooperation with the EU and its principles of Rule of Law helps to break the power of a government. Ignorance among citizens plays into the hands of corrupted people. Awareness, information and meetings involves citizens and shows that without stealing, mayors can also benefit local society.

Like this mayor, populists say that they speak in name of the population. They give presents to gain votes. It’s not really an ideology, but a deliberate strategy. NGO Transparency International investigated this kind of misleading and debunks it: corruption increases especially under the authority of populism. Romanian citizens are aware about that!