May I warn you?

A few years ago a city manager asked me: “Henk, if you appoint the wrong people, is that related to integrity?” I replied in the affirmative. People who are not fit for a function cost society a lot of money, don’t provide solutions and irritate employees. That damage cannot be justified. Careless appointments happen due to the old boys network mechanism, bad screening or not taking signals from the organisation seriously. The damage occurs later. Because policymakers are involved a thorough analysis how this was possible does not take place. I recently heard of the appointment of an interim manager by a public organisation. I know the person who was appointed and from reliable sources I know about his inadequate performance and disappointed working results. There are also doubts about his behaviour.

This appointment in a familiar organization gives me the next dilemma: Should or shouldn’t I inform the organisation about my concern? The arguments not to do are, among other things: ‘It’s not my business’ and ‘I submit myself to gossip’. Moreover, I can damage the person. But I keep doubting, because we are talking about public money and it’s well known that some interim managers jump from one failure to another without anyone realizing. I weigh the damage which can be inflicted on the person to the damage which can be inflicted on the organisation. This situation keeps me pretty occupied. This is another reason to take a decision.

Very soon I will meet the director of the organisation, whom I have worked together with. I‘ll take him into confidence and share my concern. He can then decide himself if my information is relevant or not. 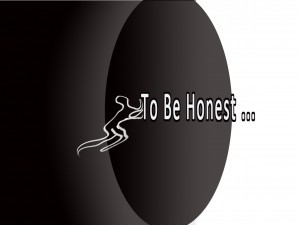 Trust as a Pitfall

The recent resignation of the Dutch Minister and the state secretary of Justice and Security has all to do with trust. The reason for their resignation was a forgotten deal 15 years ago with a criminal. The then prosecutor was the current state secretary and he didn’t remember whether he paid € 1,5 of € 4 million, even when proof of the transaction was shown on television. Trust, we learned from this case, is a tricky word and often confused with loyalty. You trust someone who means well and therefore does well. In a worst case scenario you become susceptible for blackmail. You don’t know what the other will do with your trust. A difficult situation arises when the other does something he knows you won’t expect. He is ashamed about it and keeps the incident or error hidden. It seems the incident will disappear forever. We often expect entrustment and loyalty, especially when we esteem ones’ personal integrity. To some extent that’s right. The Mayor of Amsterdam has stated that governing is people’s work, also on the highest level.

To Be Honest, you need support

Too much trust includes a risk, as the resignation of these two government ministers made clear. Next to their honesty, people do have their eccentricity. Especially when they are in power. Both politicians were ironically known as ‘Crime fighters’, but were not able nor willing to admit an error. They ignored the facts or keep asking for entrustment. This € 4 million case grew out to be an inescapable trap. We don’t know if the civil servants at their department withheld information or that the ministers ignored the warnings of their employees. This case makes it clear that public government is nothing without transparency and openness. Next to a culture of commenting on each other, an independent press as an irritant for administrators – regardless how merciless they are towards those involved – is indispensable for democracy and the rule of law. 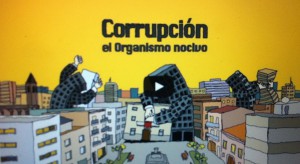 You can see happen corruption?

The end of 2013 the Dutch judge sentenced to three years a provincial representative because of corruption, money laundering and forgery. ‘Passionately’ and ‘Innocent’ he called himself and the verdict a ‘miscarriage of justice’, he stated. In many countries, a typical reaction of people who have been convicted of abuse of power and corruption. The judge, however, charged the suspect hard to not feel responsible for his behaviour and embarrassing the confidence in the government. Also in a more recent case the suspected aldermen claims to be ‘innocent’.

In both cases is found to exist strong and motivated personalities. Public servants tell about political directors who talk with businessmen, but in private. They take decisions without any involvement of civil servants. Contradiction does not appear possible. Criticism is withheld or ignored. ‘I’m political responsible, so you do what I say’, is the credo. Frustration among observant officials, leaking motivation, and small talks with the coffee machines are the sequel. If later the judge condemned the politician, the society pays the high financial damage without being able to deduct the convicted.

Exactly how the process is done shows a new Spanish documentary ‘Corruption, the harmful organism’. Public servants give concrete examples about political elected officials and managers who ignore their criticism about possible abuses of law. Thus they bring the government in disrepute and reject the instrument of self-cleaning capacity. Playing the injured innocent when they are for court, shows that they are not competent for a public job.

The documentary ‘Corrupción, el organisme nocivo’ can be seen on www.corrupcionorganismonocivo.com. Subtitle in English follows